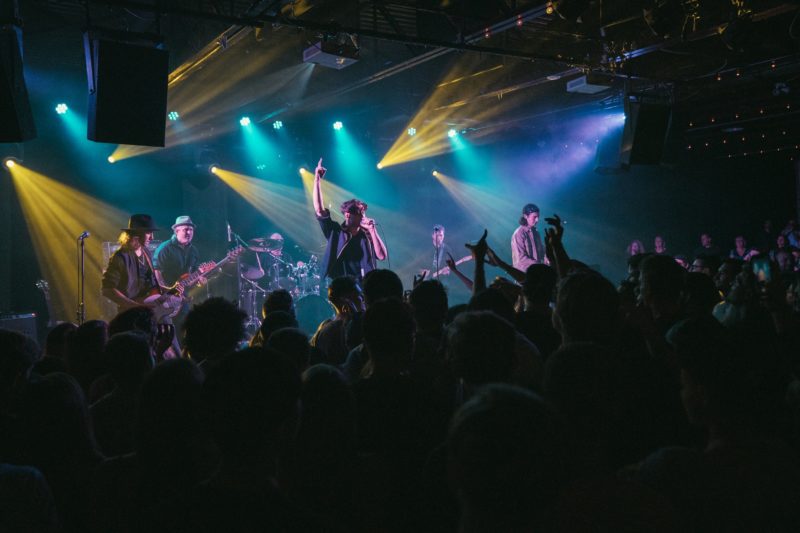 What happens when teenage fans of popular music grow up and start experimenting with laying down feel-good, accessible guitar licks and lyrics over electronic beats? Group Project is determined to find out – but chances are, it’s going to be something good.

Group Project – Jacob Brown on vocals, Jeremy Harbec on keyboard and Alex Remington on guitar – makes music that explores the evolution of Pop/Rock & EDM into feel-good, party anthems that explore the freedom of nights out with friends, the sweetness of new love, and universal college-age experiences.  American college radio station WWPV 92.5, which regularly plays the group’s songs, dubbed the music “songs for college students by college students.”

From their beginnings in Montreal, Canada, where Jeremy and Jacob met in high school and started the band in 2015, to Nashville to mix and master their newest material, the band has always been inspired to create unforgettable anthems for a new generation. Their songs’ relatable lyrics have wide appeal, featuring choruses that make you want to sing along and that you remember long after the song has ended. Lead singer Jacob Brown’s distinguishable voice allows listeners to pin-point a Group Project song from the moment it begins, and the band’s sound is recognizable & unlike any other.

A case in point is the love song Priest, which has resonated with a large enough audience to generate more than 1,000,000 unique listens on Spotify. Their first hit, Loose Kite, continued to rack up unique listens on Spotify as well. They have established a considerable following as certified Spotify Artists, with more than 75,000 monthly listeners, building an international fan base from major cities across the US such as Chicago and Los Angeles.

With a broad appeal to college-age audiences and an established fan base so far, what will happen as Group Project is poised to take the mainstream music world by storm? Give their music a listen, and then just watch them and see.